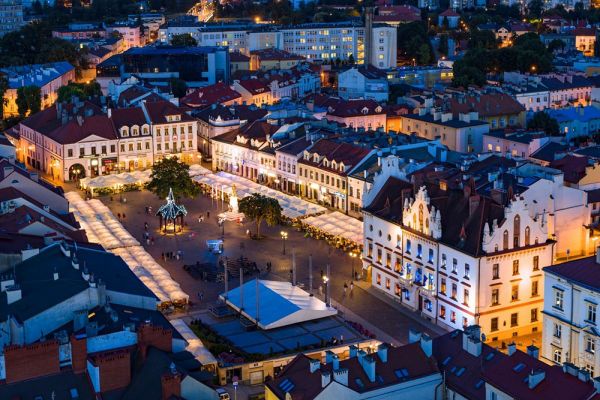 The current buildings come from the 19th century and is the result of a fire from 1842. Earlier on the market there were low, wooden or partly brick houses with basements, which have survived to this day and are an attraction as an underground tourist route of Rzeszów Piwnica. The market at that time was a place of jewelry trading, clothes, furniture and craftsmanship. In the fourteenth century, the city was given numerous privileges, including the storage of various goods (wine, fish). Limiting the city's surface has become the basis for the construction of underground warehouses and deep basements up to 10 meters.

Currently, there are numerous restaurants, pubs, hotels and museums within the market square, and music and dance performances are organized on the stage next to the town hall.