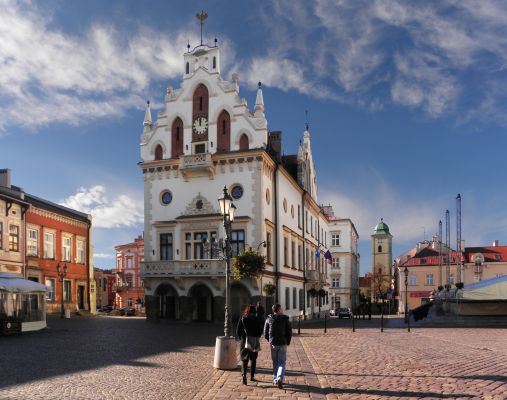 He took its current form only after renovation at the end of the 20th century as a result of devastation through the invasion of Jerzy II Rakocz, Prince of Transylvania during the Second Northern War, and later during World War II.

This is one of the most representative buildings of Rzeszów. It combines various architectural forms such as a neo -Gothic or neo -Renaissance. The culmination of the building are decorations in the form of a clock, and above it a heraldic eagle made of gold -plated copper sheet.